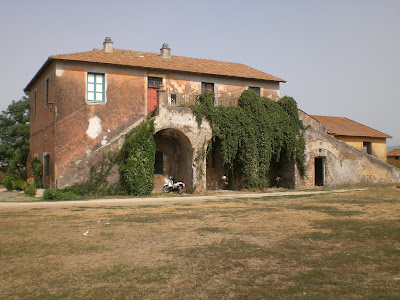 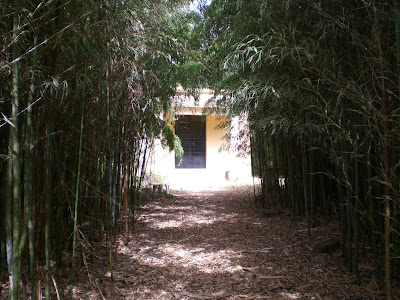 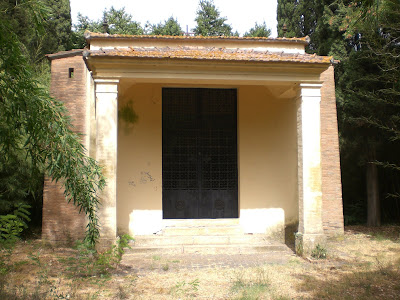 Here one can see a fine example of a nice "farm house" as seen in Lazio near Rome. This farm villa belonged to Menotti, the son of the famous Giuseppe Garibaldi. It's located near Aprilia, just south of the Colli Albani, and on most maps it's listed as Tomba di Menotti Garibaldi.
Menotti, born in 1840, was one of four children. He was a farmer. He lived here and worked the land in the shadow of the Castelli Romani hills. On the property is his tomb, as seen here, located in a bamboo forest surrounded by cropland with mostly hay and grape fields nearby.
Also on the property is a chapel, built in the fifties or sixties, seen from the road. If you have a rental car I guess it's kind of fun to see the tomb. It's still on private property, but just follow across the field, across the bridge over the little creek, into the bamboo forest.
The tomb was Catholic and over his marble grave is a large bronze cross with these words: Ego Sum Resurrectio Et Vita. Noteworthy he died as a believer, and not interred in the family tomb at the Campo Verano in Rome.
Posted by John Paul Sonnen at 9:21 AM