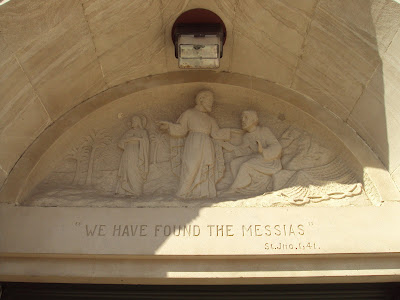 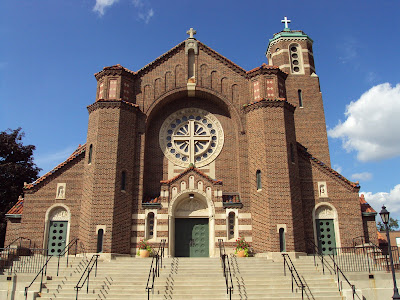 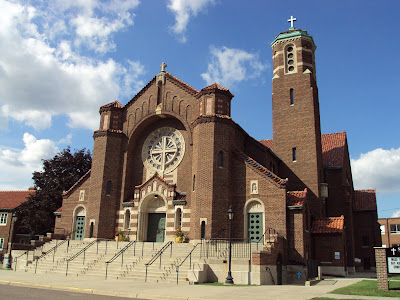 This Byzantine-Romanesque is magnificent and wonderful to see in America!
Church of St. Andrew, located in St. Paul, Minnesota.
My mother was baptized in this church after the war ended by Fr. John Buchanan (1910-1998). Fr. Buchanan died at the age of 87 but when he was in Europe during the war as an Army chaplain he did not expect to survive, as he later shared. He was, as he once told me, at D-Day where he first raised his hand across the waters to absolve the Catholic Allied soldiers and then the German Catholic soldiers. He was also in the middle of the fight at the Battle of the Bulge and received the Silver Star for heroism. He was a priest who loved the priesthood.
Posted by John Paul Sonnen at 9:02 PM

St. Andrew is my parish. Unfortunately, the interior was wreckovated in the 70s but we've done a lot of restoration/reclamation in recent years: statues, tabernacle returned, Adoration chapel added etc.