Can some fine new order save this treasure? 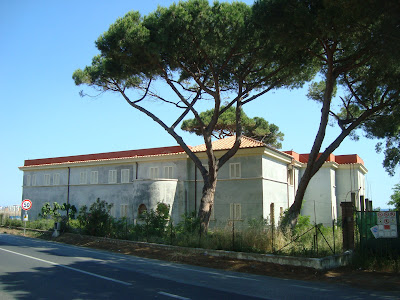 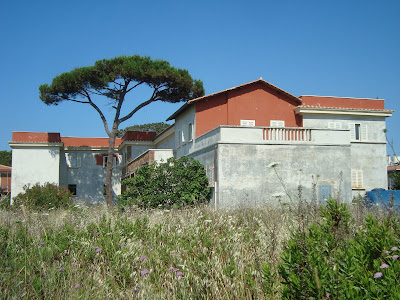 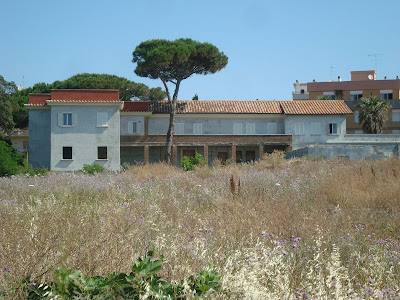 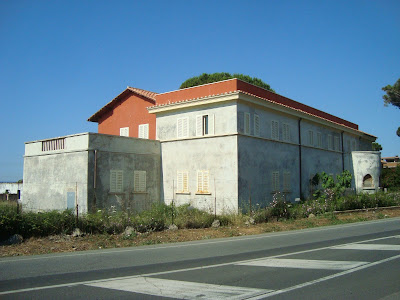 Would be great to see the FSSP or ICK or some good new order get their hands on this treasure before it's too late (already offers have been made to buy it for a B & B, but the nuns evidently want it to remain an istituto religioso).
As everybody in the market knows lots of new religious orders would like very much to have a general house in Rome, but these days it is just too darn expensive and a little too late in the game.
So what to do? Look outside the Urbs.
This property is located about 60 km from Rome's GRA and is just off the A12 (Santa Severa exit) in the resort town of Santa Marinella. It's located on the old Roman coastal highway, Via Aurelia, and is located on flat grassy acreage (about 70 yards from the seashore) with a private rocky beach about 40 yards wide.
An Italian friend brought me to look at the property last year. For decades it was a sort of convent school for girls, but already for many years it has been closed and boarded up and the entire interior in recent years has been gutted (what remains is the shell and that's actually good news). The sisters who own it run a school in the next town over in the port of Rome, Civitavecchia.
The original land owner was the Calabresi family and today the sisters are a shrinking and aging community.
At the very least the property would make a fine retreat center or graduate house of studies.
Via Aurelia, 134
(Via Aurelia Km. 59)

I'll bet it's a habitless Order of liberal nuns, or one of those dime-a-dozen little Italian Orders that discarded their beautiful original habits, and now wear a brown, grey, blue or black skirt, white blouse, and a veil reaching to the neck. Hardly a habit at all.

What's the name of the Order?

Is it for sale?