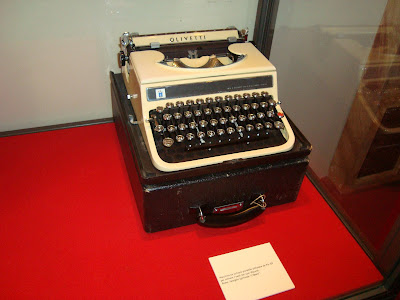 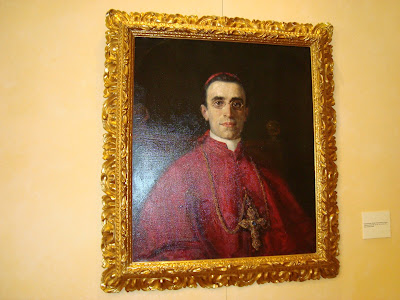 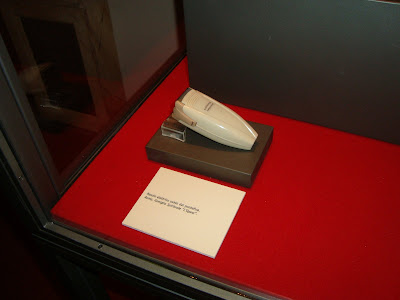 Hello,
I am a Catholic college freshman learning Italian. Your blog is very well done. I hope to visit the Vatican someday...for now, this site will suffice.

Very interesting. Artifacts like these certainly add a new dimension to the exhibit: a personal, human touch that's missing in the stunning vestments and such. They certainly bring us closer to Papa Pacelli.

I read a book awhile back at which it is said that Pius XII, although in frail health in the Autumn of 1958, was well enough to go to Castel Gandolfo on Oct. 1, 1958 and did limited work. Apparently he had been having a recurrence of gastro-intestinal problems (possibly ulcers) and hiatal hernia in the esophagus which are very annoying and can be painful and makes swallowing/eating difficult while the inflammation lasts.
But according to the work I read, it was while typing out discourses on the afternoon of October 7th,1958 (possibly on this very typewriter), that Pius XII was stricken with a stroke.
The first stroke was supposedly mild, and the Pope quickly began to recover, but most unfortunatly suffered a second, much more serious stroke 48 hrs. later from which he died, Oct. 9, 1958.
Nut this might have been the typewriter on which he was working at the time he was stricken.