Who first brought Christianity to Europe? 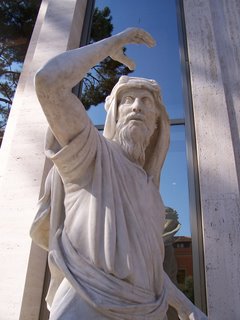 “If we take the case of the first introduction of the Christian faith in Europe, we see how complex and profound is the process that we are attempting to understand. When St. Paul sailed from Troy in obedience to a dream and came to Philippi in Macedonia, he did more to change the course of history and the future of European culture than the great battle which had decided the fate of the Roman Empire on the same spot more than ninety years before. Yet nothing that he did was notable or even visible from the standpoint of contemporary culture. He incurred the hostility of the mob, he was sent to prison and he made at least three converts: a business woman from Asia Minor, a slave girl who was a professional fortuneteller, and his jailer. These were the first European Christians – the forerunners of uncounted millions who have regarded the Christian faith as the standard of their European way of life.”

-Christianity and European Culture
Selections from the Work of Christopher Dawson
Posted by John Paul Sonnen at 2:01 AM