What color shall it be for the next hundred years? 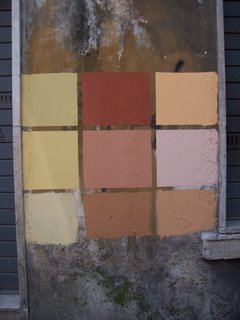 “After all, from my very childhood, I had understood that the artistic experience, at its highest, was actually a natural analogue of mystical experience. It produced a kind of intuitive perception of reality through a sort of affective identification with the object contemplated – the kind of perception that the Thomists call 'connatural'."


“I had learned from my own father that it was almost blasphemy to regard the function of art as merely to reproduce some kind of a sensible pleasure or, at best, to stir up the emotions to a transistory thrill. I had always understood that art was a contemplation, and that it involved the action of the highest faculties of man.”

-The Seven Storey Mountain by Thomas Merton
Posted by John Paul Sonnen at 5:19 AM