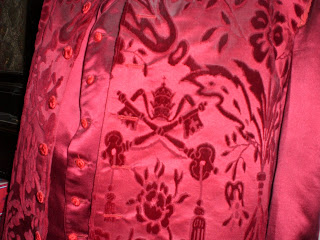 The sediari pontifici trace their roots back hundreds of years. The one I met, Maurizio, explaind to me that his father as well as grandfather, etc. were all sediari, too. Some still live in the same Romean neighborhood, near the Venerable English College. They even have their own street named after them, the Via dei Sediari.
Posted by John Paul Sonnen at 12:21 PM