Catholic leadership: teach us the way... 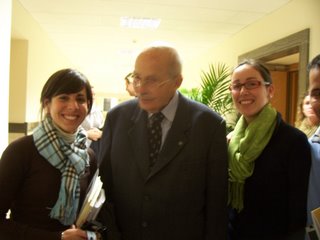 It was a delight to witness the joy and vigor of this leader among the Catholic youth. Many of the youth had already met or heard him speak at other venues (in Gaming or elsewhere). Some of us, too, had last seen him while in Rome to attend the Mass of Beatification of his own father, the Emperor, Blessed Karl I.

One of the youth exclaimed to the Archduke: "I have a special devotion to your father, soon to be raised to the honors of the altar as a saint!" Then another said: "I've seen a nice photo of you when you were a cute little kid in a long white gown!"
Posted by John Paul Sonnen at 5:13 AM