The Archduke with his attendants... 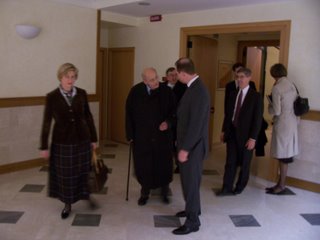 It was nice to see the Archduke chat with a young Hungarian woman. His father was the Emperor of the very Catholic Austro-Hungarian Empire. Even today, for example, in Western Romania, you will have many Catholics, the result of this once and former Empire for Christ.

“Europe is not a political creation. It is a society of peoples who shared the same faith and the same moral values. The European nations are parts of a wider spiritual society.”

Posted by John Paul Sonnen at 9:14 AM