The glory of the Roman rite: every part counts... 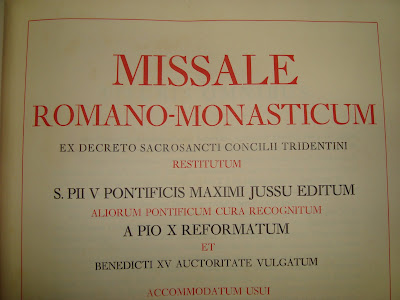 In the sixties some said that "too many" rites and rubrics of the Roman rite were "useless" and "superfluous."

"The Sacrifice (of the Mass) is celebrated with many solemn rites and ceremonies, none of which should be deemed useless or superfluous. On the contrary, all of them tend to display the majesty of this august Sacrifice, and to excite the faithful when beholding these saving mysteries, to contemplate the divine things which lie concealed in the Eucharistic Sacrifice."

That quote should be shown to many 'experts' on liturgy worldwide. It's the same as when people opine that all the genuflections were unneccessary. um.. hello? it's God you're genuflecting to!